European Rhetoric is a site by a group of friends, who are interested in the topics of public speaking, rhetoric and presentation design.

In our opinion in Europe the art of public speaking and rhetoric are neglected or highly academical. The aim of the European Rhetoric team is to combine the strengths of the American and the European approaches, thus aiming for merging the applicability and profoundness. Additionally, we want to encourage European public speakers to show their skills in public speaking, because in the last years nearly every rhetorical role model we found was an American public speaker. Maybe it is shyness, maybe it is unavailability on the internet of such speeches or a definitive lack in rhetorical skills to provide such role models, we don’t know yet for sure… 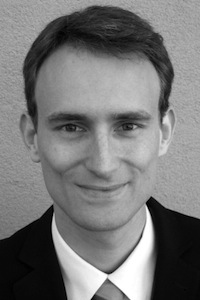 Bernhard Kast is the founder and main writer of European Rhetoric. Bernhard was born in Europe, to be more exact in Austria. In the summer term 2008 he teached at the University of Salzburg his course “Modern Rhetorical Role-Models”. During this time he completed his second Masters thesis iKeynote – Representation, Rhetoric, and Visual Communication by Steve Jobs in His Keynote at Macworld 2007. A year before he graduated in computer science (MSc).

Lately, he put his knowledge and passion into creating various YouTube videos, most notably those for Military History Visualized, where he creates video about Military History in a visual and engaging manner. This allowed him to reach 1000 subscribers within the first 6 weeks of his Military History YouTube Channel.

During his studies Bernhard attended various rhetoric and communications seminars. Addtionally, he is a certified Practitioner and Master Practitioner in Neuro-Linugistic Programming (NLP) by the Society of NLP. Bernhard was active in the debating clubs of the universities of Salzburg and Hamburg.

In his freetime Bernhard strives into the realms of self-improvement, photography and the exploration of landscapes and subjects that are still unknown to him. 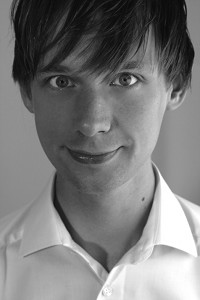 Josef Seibl is our expert on body-language, appearance and his specialized field charisma. Currently his main interest is in his IT-services company – Seibl IT in Salzburg. He has a solid education in the principles of rhetoric from the University of Salzburg. Josef’s abilities and knowledge are grounded in practical experience from extensive trial-and-error approaches combined with assisting and leading workshops in Hypnosis, NLP and Sales. Josef holds a Bachelor in Science in Computer Science and is polishing his Master Thesis right now.

Josef Seibl is a certified Practitioner and Master Practitioner in Neuro-Linugistic Programming (NLP) by the Society of NLP. Josef was active in the debating
club of Salzburg.

In his freetime Josef strives into the realms of self-improvement and building gadgets.

Ximena Cordon is a translator to Pluma Traductions in France. After obtained a Master’s degree in « Cultural Management » at the Blaise Pascal University in Argentina, her professional experience began in Argentina when she worked as responsible for the communication at the French Alliance of Córdoba in Argentina. Then she hosted the Honorary Consulate of France where she was able to participate in its administration. In France, she got a Master’s degree in « Management in tourisme and cultural projets » at the
Paris-Sorbonne University. Then, she worked with various CNRS researchers in order to manage the organization of international conferences. She worked as well at the Embassy of the Plurinational State of Bolivia, she participated to the organization of cultural events, the administration of the public service and the the consular services.
She loves reading fantasy books in her free time.

By continuing to use the site, you agree to the use of cookies. more information